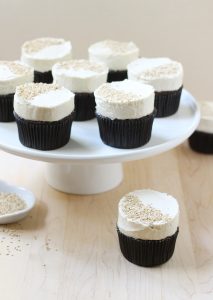 Recipe by Food Nouveau at https://foodnouveau.com/recipes/desserts/cakes-pies/dark-chocolate-cupcakes-tahini-buttercream/